Portuguese prisons have a changing history. Several existing buildings were adapted and transformed into prisons. With the 1867 penitentiary reform, new facilities were built, as in more recent decades. Today, Portugal has dozens of prison buildings converted into cultural facilities.

The current central Portuguese Prison Directorate (Direcção Geral dos Serviços Prisionais – DGRSP) has divided its 49 facilities (estabelecimentos prisionais, EP) into two groups, 21 establishments presenting a high complexity (with 10040 detention places) and 27 with an average complexity (2560 places), without a distinction between facilities for pre-trial detainees and for sentenced inmates.

Between 1985 and the beginning of 2020, the number of prisoners exceeded the available detention places. The Covid-19 pandemic brought the occupancy level on 1st June 2020 down to  85,5%, with some prisons being still overcrowded.

By European comparison, Portugal has still a high prisoner rate**, which may be explained by the large number of long prison sanctions. However, the penal code is currently under revision: a great emphasis is being put on electronic surveillance measures. The intent is to reduce the number of incarcerations.

Sentenced detainees have no obligation to work, and the work possibilities are limited. Everyday life is quite monotonous. The guards (guarda prisional) are regrouped in unions.

Table: Occupancy level and prisoner rate of some selected states

* Occupancy level (based on official capacity).
** The prison population rate represents the number of detainees in relation to the population of a country in 100 000.
Source: Prison Population List (mostly 2020), Institute for Criminal Policy Research (ICPR). www.prisonstudies.org

A standard facility of the group classified with a high complexity is composed of several units, each comprising single cells and dormitories, a cafeteria and an office for the guards. Prisoners eat under supervision in a refectory. The daily two hours’ outdoor activities are carried out in the courtyards.

The overall infrastructure contains three to four classrooms, one of them equipped with computers, a library, a small, simply-equipped fitness room, a prison store and a prayer room, also used for other purposes.

The working spaces are accommodated in an annex to the cell buildings or, especially in older prisons, in separate structures.

The medical infrastructure is housed in a unit of its own, with a waiting area, several examination and consultation rooms, and a clinic with beds for in-patient treatment and an isolation room. Disciplinary punishments are also carried out in a separate unit, with special cells and courtyards.

In some of the prisons visited, a distinct unit with a capacity of 5% of the facility offers a lighter regime (regime aberto no interior, RAI), higher autonomy and better comfort. Their task is to prepare for imminent release.

Regular family visits (twice a week, one hour each time) take place under supervision in one or several large rooms. Intimate visits – by international comparison, rather generously granted – take place in rooms equipped with a double bed, a kitchenette, a WC and a shower.

The facilities are secured: some by armed guards in watchtowers that are permanently manned. The guards have 24-hour shifts and two days off. They have their own recreation rooms, cafeterias and sleeping areas.

Used first as a prison-hospital, the building was turned into a full-fledged prison facility in 1971. Whereas EP Santa Cruz do ­Bispo (F) is the only one used exclusively for women, Guarda is one of 5 prisons with a ‘Secção Feminina’. The prison, surrounded by a pentagonal wall, is composed of two U-shaped buildings – a shorter and a longer one, the wings two or three floors high.

"On a very cold day, the work of documenting photographically this prison was reinforced emotionally by the nature of the spaces, the everyday routine of the inmates, stereotyped but, at the same time, unique and personal."

Located in a large field of 90ha, this facility is the only one for minors and young adults in Portugal. The inmates come mainly from the suburbs of major urban centres. The buildings are inherited from an old farmhouse; a further set of seven prison pavilions was built from scratch in the 1940s.

"Since it was my first ever photo shoot inside a prison, I was quite nervous. The fact that the inmates were young men reinforced the emotional character of this first session. I decided to highlight interactions among the youths and the social aspect during school time and other activities."

The prison has a U-shaped ground structure. Contrary to other institutions, hardly any land surrounds it, except for a football field. The aisles are linked by a wall containing the main gate. The space between the two wings is used for administrative purposes.

"The small size of this structure and the densely-populated cells became the main issue of my documentation. It was in this facility that I felt the strongest proximity to prisoners and their spaces."

This impressive carceral establishment, nowadays a protected historical monument, is located on the edge of the city centre, on one of its seven hills. The architectural model of the building was the Prison Leuven in Brussels, Belgium, built in 1860. Its structure, with the typical radial ground design, has six wings, with close to 600 cells on three floors and some in the basement. One of these wings has been modernised (photo); in the other aisles, individual cells were combined two-by-two to create communal, four-bed cells to deal with the immense overcrowding.

Another unit with 38 places is used for therapeutic treatment with a strict regime, but more comfortable living conditions. This Unit G is in a separate building, dating back to the time of construction. The medical department is located in still another, new building. Unit H is accommodated in containers; it comprises 104 places under a lighter regime (RAI).

"For detainees, this prison means hardship. For me, as a photographer, this place, with its original historic constructions, was unique. The two days spent in this most overcrowded facility of Portugal were much too short"

The establishment lays in a rural area along the N117, surrounded by a military training ground. Except for the two cell blocks, the buildings and the secured prison area with its large land reserve could be qualified as exemplary, especially the well-organized visitor facilities. The cell blocks contain, in total, 122 communal cells and 72 single cells. Communal cells – with four beds – were, in 2011, equipped with a fifth bed. The interior of the cell blocks has a complex design and needs a lot of personnel to be under full control.

The unit, organised on a lighter regime (RAI), has 38 places with a comparatively relaxed, almost homely atmosphere.

"Carreguiera is an exemplary prison in many ways. It was my second visit to a Portuguese facility. I was amazed, however, by the small number of detainees who were working; most detainees were just hanging around in their cells."

Just below the landing path of the airport of Porto is the location of the modern Estabelecimento Prisional, in the immediate vicinity of the prison for men with the same name and other special facilities of the DGRSP.

The four wings serve four different purposes: one is a unit for mother and child, another a unit for pre-trial prisoners and the others for sentenced inmates. Each has its own courtyard and refectory. The single cells are small, especially when a cot is placed in it. The communal cells have 6 beds. Quite remarkable is the nursery, with its special offer of activities for children of the detainees, who may stay until the age of 5. There is also a large, well-equipped and well-used gym. The standards of security are similar to other facilities of the high complexity category.

"A convincing modern architecture with a clear structure, and large inner rooms, but only small external spaces."

Izeda is a commune situated at 600 m, in a lost, barren region close to the Spanish border. In summer, it is extremely hot; in winter bitterly cold. The Salesian Don Bosco Institution was built in 1960 as a large boarding school offering vocational training. It functioned as such until 1977. Since its conversion in 1996, the main building and the adjoining constructions are used by the DGRSP for the enforcement of sanctions. The large classrooms have been transformed into cells, housing sometimes up to 16 detainees. A large room, with a stage, is used for activities with the detainees; the magnificent church building offers food for thought. Inmates accommodated in a former barn, situated outside the secured area, carry out agricultural work. Large olive groves belong to the EP Izeda, which uses the village olive press.

"A majestic building with an impressive architecture, converted into a unique prison. On a cold day, we received a warm welcome."

This prison was created in 1951 with the designation of Pinheiro da Cruz Penal Colony, intended for “Offenders of Difficult Correction”. With an area of 1500 hectares in a rural area, it is naturally predominantly agricultural. In the closed regime, it has four pavilions with individual cells and two dormitories, equipped with canteen, medical office, infirmary, classrooms, professional training spaces, workshop areas, sports equipment and visiting room.
In the open regime (RAI) there are, as accommodation spaces, four pavilions, the “Bairro do Monte” and several facilities scattered around the estate, which allow the accommodation of inmates working in activities such as agriculture and livestock.

"This penitentiary colony is quite similar to the ones I know from Switzerland. However, whereas the Portuguese facility was built for the most serious offenders, very remote and in the form of a closed structure, the Swiss colonies are open prisons, in which inmates are mostly active in agriculture away from strict control." (Peter Schulthess, February 2020) 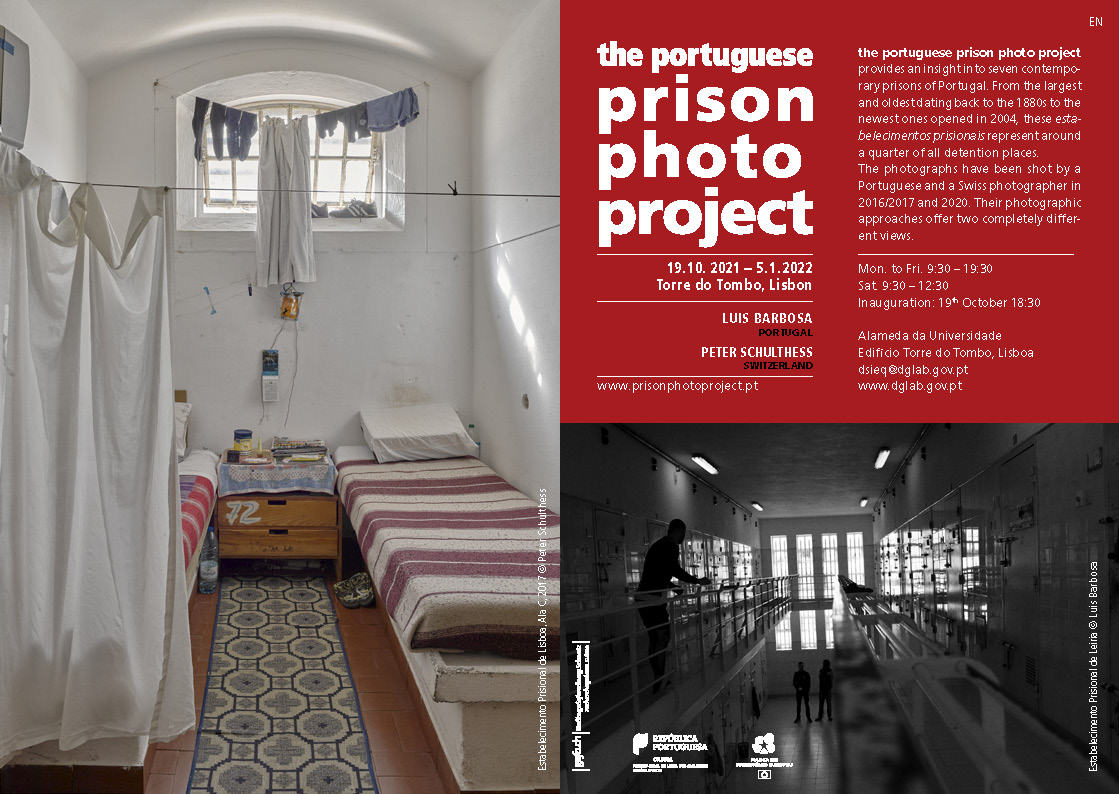 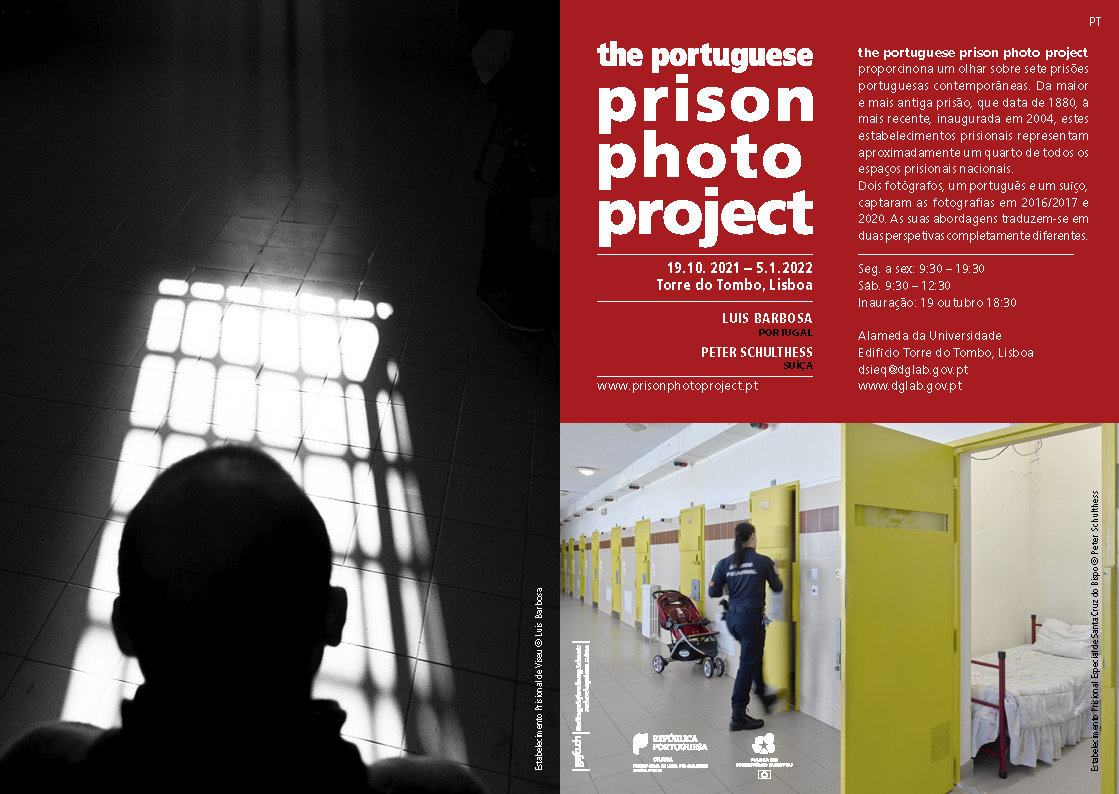